By Daniel Trott on 9th August 2016 in Community News

Residents have responded to proposals to develop the Auckland Rise and Sylvan Hill Estate opposite St John’s. 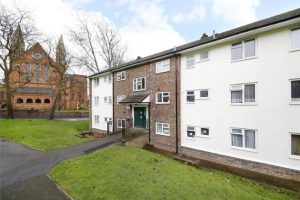 As part of the Borough of Croydon’s plan to build 1,000 new homes by 2019, it has set up its own development company, Brick by Brick. One of the sites that Brick by Brick proposes to develop is the Auckland Rise and Sylvan Hill Estate opposite St John’s.

A group of residents from the Auckland Rise and Sylvan Hill Estate have responded to plans to develop the site. They have produced a document outlining their initial concerns, which can be downloaded here:

St John’s takes a keen interest in the built environment of its parish, and in the quality of life of its inhabitants, and will be following these developments closely.

“Meditation is simple, being simple means being ourselves. It means passing beyond self-consciousness, self-analysis and self-rejection.” Laurence Freeman Free meditation session currently on Zoom. All are welcome. While the basis of this form of meditation[...]
Apr
20
Tue
9:00 am Morning Prayer
Morning Prayer
Apr 20 @ 9:00 am – 9:30 am
3:30 pm Christian Meditation
Christian Meditation
Apr 20 @ 3:30 pm – 4:30 pm

We welcome Lionel Bourne as Organist and Master of Music

Last week, the Prime Minister laid out the government's timetable for the resumption of somethin[...]

Photo by Andrew Prior The pipe organ at St John’s is a remarkable instrument which is reporte[...]